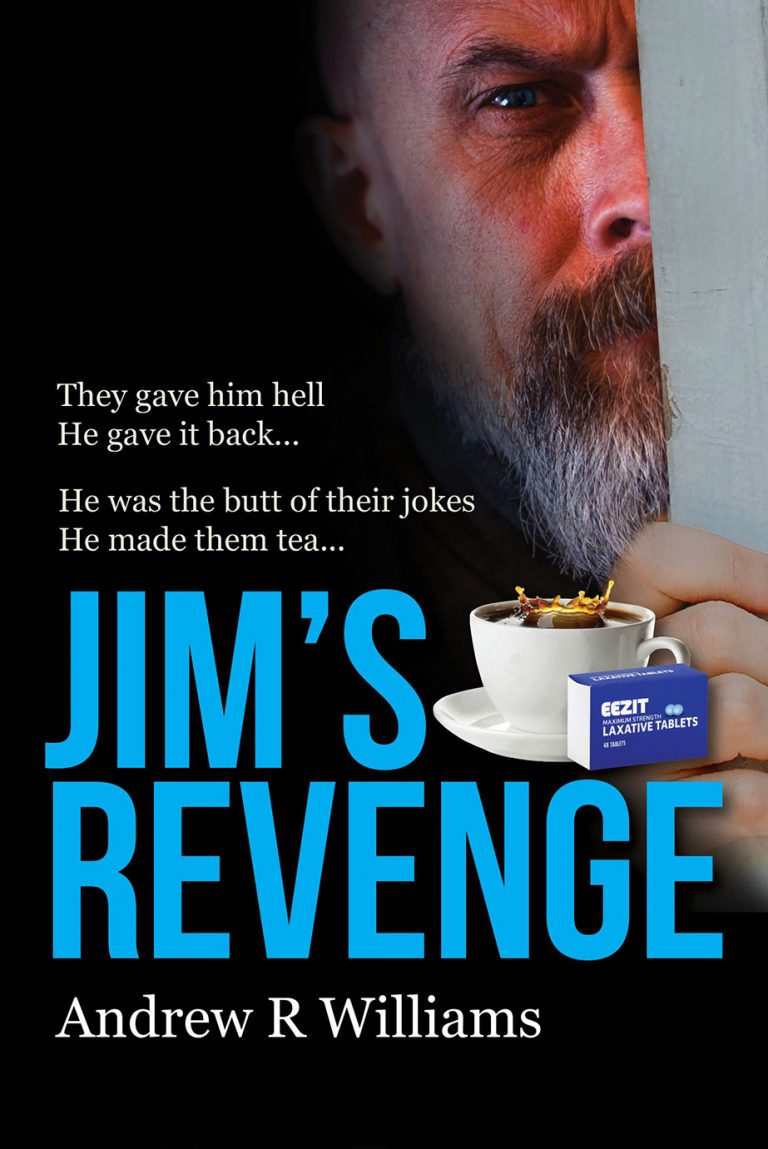 Andrew R Williams has done it again! A world away from the Fantasy Fiction Genre, this latest offering from the popular author brings us back down to earth and a story that many can relate to. Jim’s Revenge – another stunning book from Andrew R Williams is now available on Kindle from Amazon

Jim Godwin, the focus of this fascinating read, is an unremarkable man who we first meet whilst looking for a part-time job. A job without anti-social hours and not too far away from his home and wife, Moira. A regular man, loving Grandchildren and daily walks in the park to while-away time and feed the ducks. An unremarkable man. How things can change in an instant for an unremarkable man…

Jim’s Revenge tells us how Jim Godwin is dragged unwittingly into the local underworld and we see his life spiralling in a direction he never thought possible; bullying, drug dealing, race fixing, all a far cry from sitting on a park bench feeding the ducks.

In Jim’s new world they gave him hell; He gave it back. He was the butt of their jokes, but He made them tea…slowly a plan was forming in his mind, he’d have to be careful, but Jim’s Revenge would be the only way.

There are no reviews yet.

Jim's Revenge is completely different from Andrew William's other novels so I must admit, I read it wondering whether he could deliver the same quality. The answer is definitely. The characters are well drawn and the plot is as intense as always - leading to a ending that is hilarious as well as action packed. How Williams manages to pull all the threads of his plot together is beyond me, but yet again he has triumphed. A definite must read.

“Jim’s Revenge” is a pretty far departure from the two previous books. There isn’t a killer mutant space millipede or psychotic robot to be seen anywhere. Instead we get the epic tale of an elderly bloke who gets a part time job making brews for a bunch of office workers.